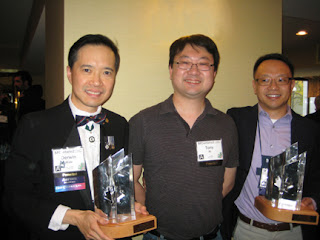 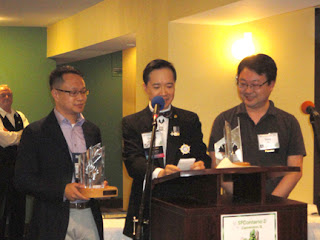 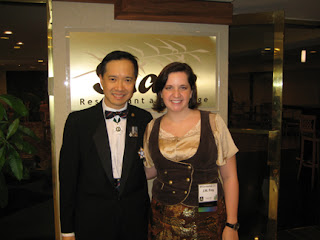 Posted by Derwin Mak at 5:36 PM No comments:

A Science Fiction Fan and Writer at Auschwitz: The Diary of Petr Ginz 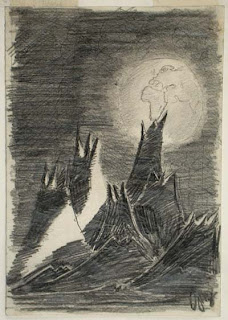 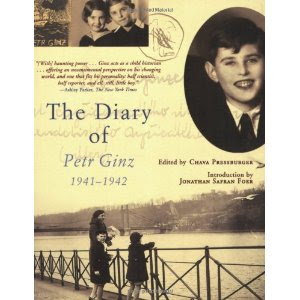 The Diary of Petr Ginz, edited by Chava Pressburger

Few people know about Ginz, who was a highly intelligent boy and fan of Jules Verne. He wrote five novels, at least three with science fiction themes, between the ages of 8 and 14. Alas, none were professionally published, and only one, A Visit From Prehistory, has survived. However, many people have seen his drawing, "Moon Landscape", a copy of which Israeli astronaut Ilan Ramon took aboard the ill-fated space shuttle Columbia. More recently, he was mentioned as an inmate of Theresienstadt concentration camp in the documentary Hana's Suitcase.

The Diary of Petr Ginz was recovered and edited by his surviving sister, Chava Pressburger. He started writing it when he was 14 years old in Prague. It ends when he goes to Theresienstadt, the "model camp" that the Nazis used to fool the outside world that they were treating Jews humanely. Ginz survived for another two years at Theresienstadt before being taken to Auschwitz.

Of course, people will compare Ginz's diary to a more famous diary of that era, Anne Frank: the Diary of a Young Girl. Both are diaries, but they differ greatly in style. Anne Frank wrote about relationships and feelings among her family and a few others trapped in their Secret Annex. Her diary is all about feelings and emotions and growing up.

Petr Ginz, in contrast, treated his diary like a newspaper and wrote about current events and observations of life under German rule. Unlike Anne Frank, Ginz could roam about his ghetto, albeit with increasing restrictions on his movement. Thus his diary reports the daily news of life under German occupation. In addition to writing about school classes and German soldiers in the streets, he also mentions the loss of civil rights inflicted by the Nazis upon the Jews. One day, they have to surrender their fur coats, the next day, they're forbidden to walk on certain streets. There's a sense of impending doom as the indignities stack up one at a time.

At Theresienstadt, he edited a magazine called Vedem (We Lead) and assumed the title "editor in chief". The Diary of Petr Ginz includes several articles and drawings from Vedem.

Petr Ginz's diary may not be as famous as Anne Frank's, but it's an excellent first-hand account of life in the Prague ghetto, and the Vedem articles and drawings show rare glimpses of life in Theresienstadt.

Posted by Derwin Mak at 8:27 PM No comments: