The Dragon and the Stars 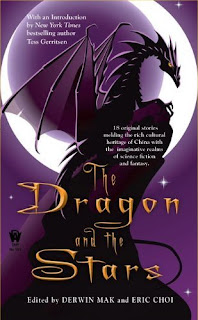 The Dragon and the Stars will be the first collection of science fiction and fantasy stories written by ethnic Chinese living outside of China. It will feature new fiction from Chinese writers in Canada, the United States, the Philippines, Singapore, and Hong Kong. Here are the stories in order of their appearance in the book:

Remember us at Prix Aurora, Nebula, and Hugo nomination time!
Posted by Derwin Mak at 11:39 PM