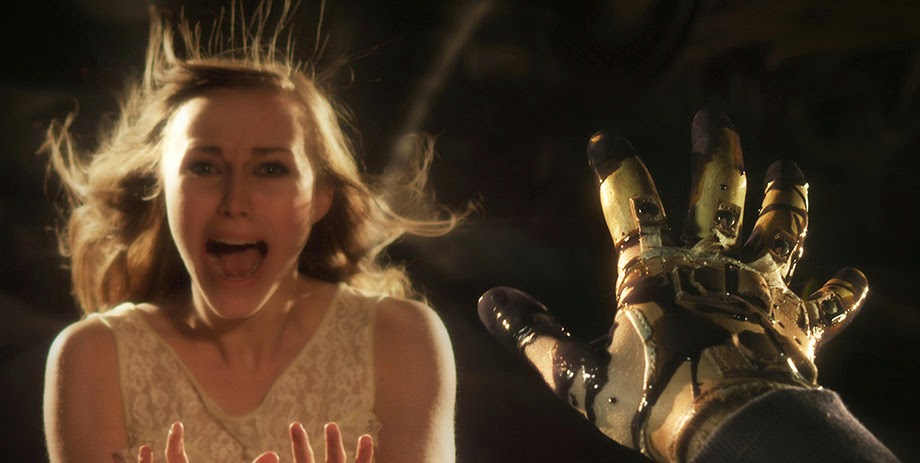 Manitoba isn’t a place that most people associate with horror movies, but there were two made-in-Manitoba horror movie spoofs at the Toronto International Film Festival this year. Teen Lust, about a teenaged boy trying to lose his virginity to avoid being a Satanic human sacrifice, premiered in the Cotemporary World Cinema program. The Editor, a spoof of Italian giallo or psychological horror movies of the 1970’s and 1980’s, premiered in the Midnight Madness program.


The Editor, directed by Matthew Kennedy and Adam Brooks (who also act in the movie), is about an Italian film editor, Rey Ciso (Adam Brooks), who lost four fingers in a film editing accident and is now reduced to editing schlocky, low-budget horror movies. When actors on a movie set get murdered, he becomes the prime suspect. Peter Porfiry (Matthew Kennedy), sporting a bushy moustache and wearing 1970’s polyester clothes, is the police detective trying to prove Rey is the killer. His wife, Margiry Porfiry (Sheila Campbell) suddenly goes blind when she discovers two dead actors. Meanwhile, actor Cal Konitz (Conor Sweeney) is angling to replace the lead actor.


The Editor is the latest film by the Astron-6, a group of Winnipeg filmmakers who made Manborg, about a cyborg fighting Nazi vampires. Now they’re spoofing the work of Dario Argento, Mario Bava, and especially their less accomplished contemporaries. People die in gory murders involving axes, knives, and any sharp object. An aerobics dancer casually takes off her leotard in the background, and nobody notices. If The Editor’s plot twists seem illogical and improbable, and if you can drive a Fiat through the plot holes, that’s part of the fun because that’s how giallo movies were often written.


The film was shot without synchronous sound and dubbed over later, which is why some of the dialogue is slightly off-synch, just like the dubbing on giallo movies often is.


I quite enjoyed The Editor, as it was such a sarcastic but loving spoof of movies such as Opera and Suspiria. 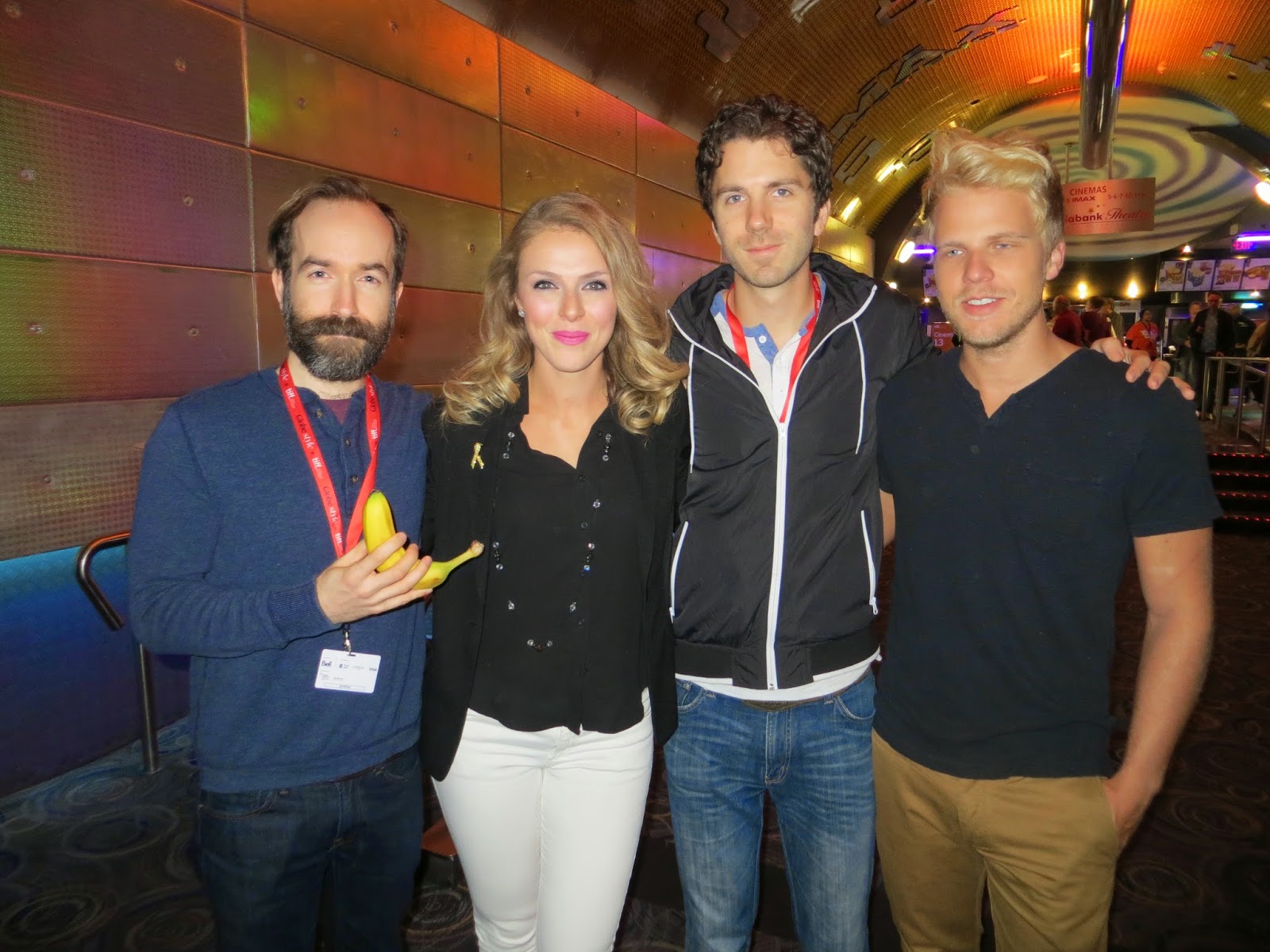 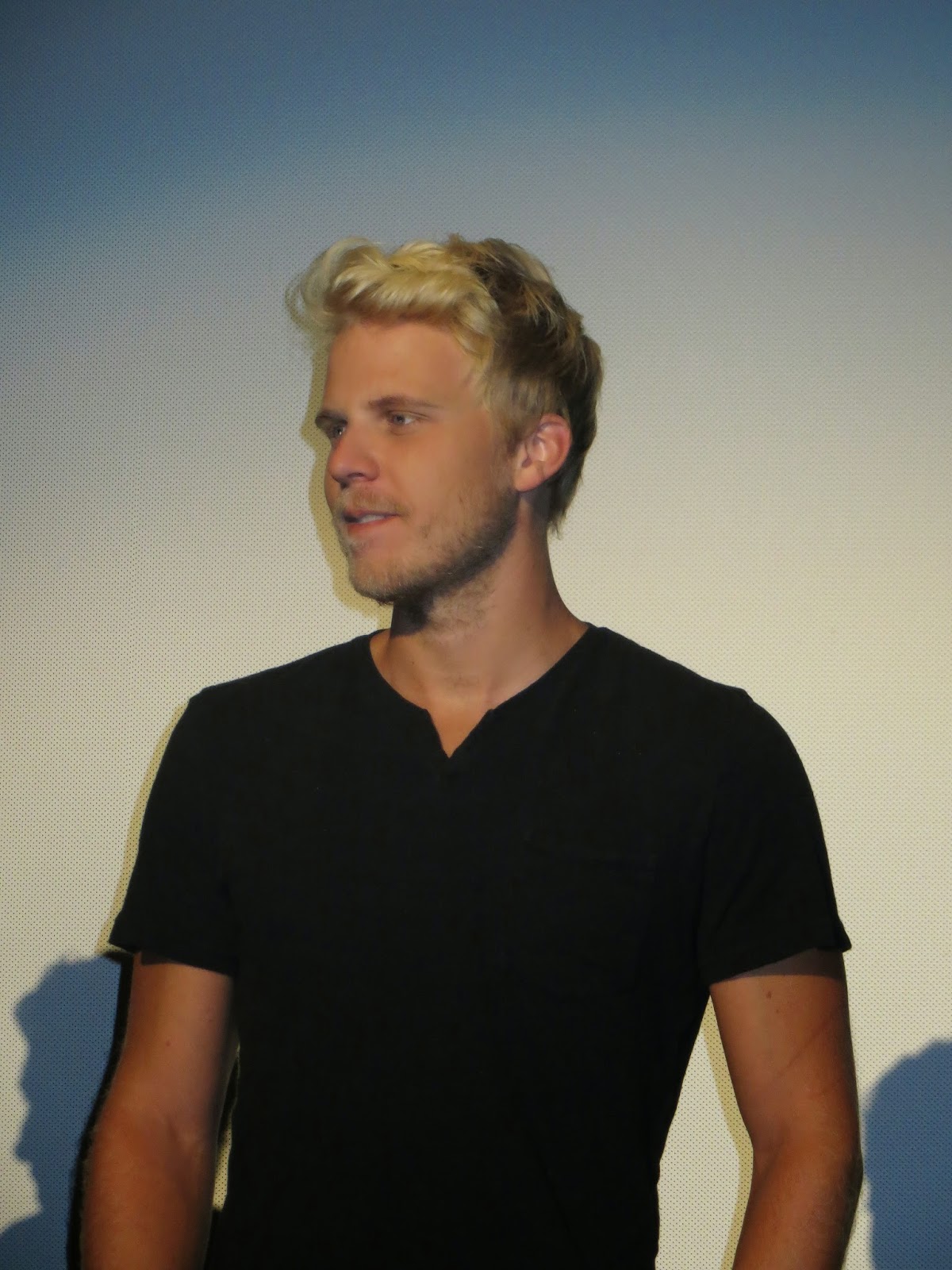 Conor Sweeney, who plays Cal Konitz, the actor with a knife, in The Editor. Scotiabank Theatre, TIFF, Toronto, Sept. 12, 2014. 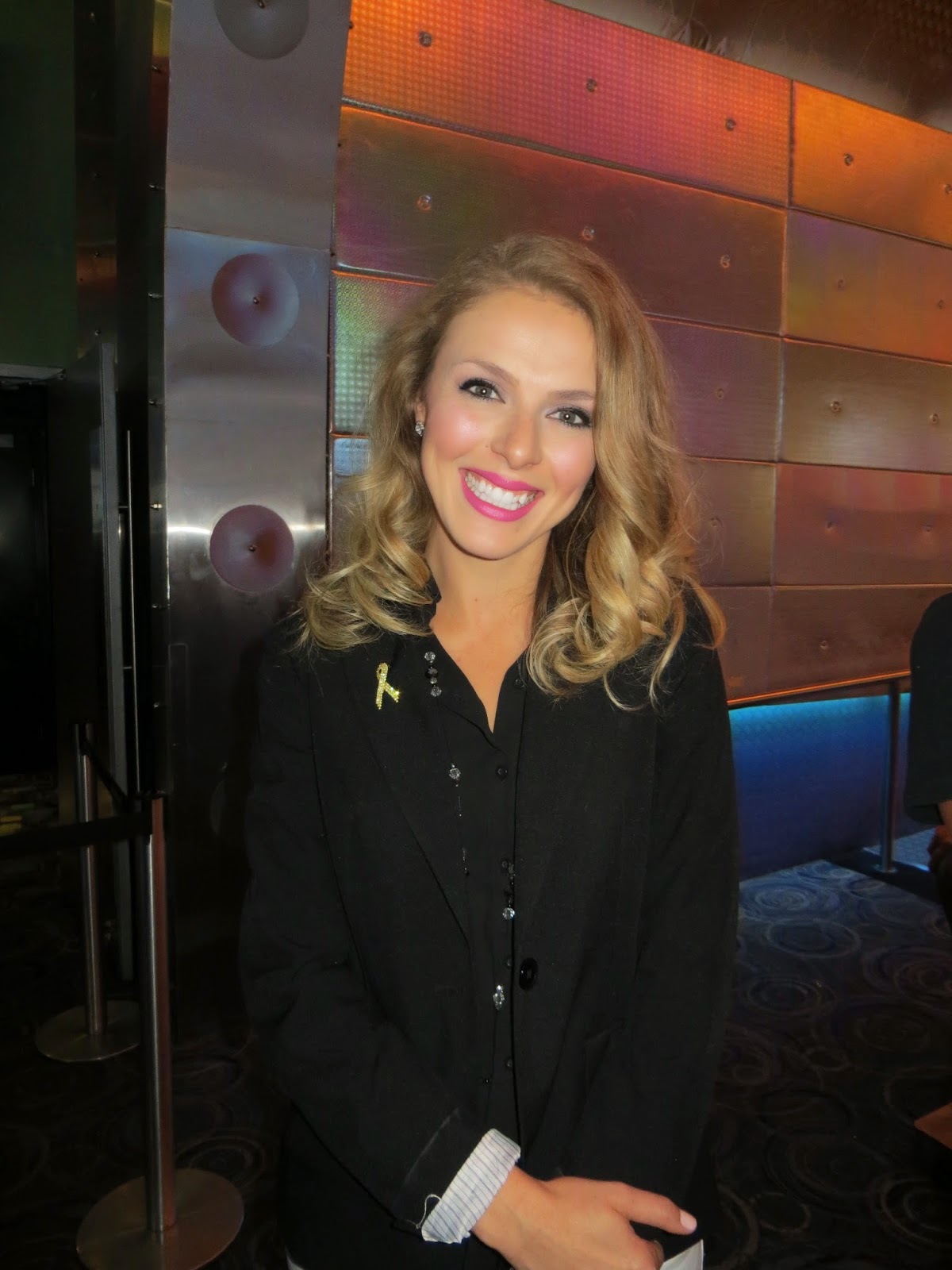 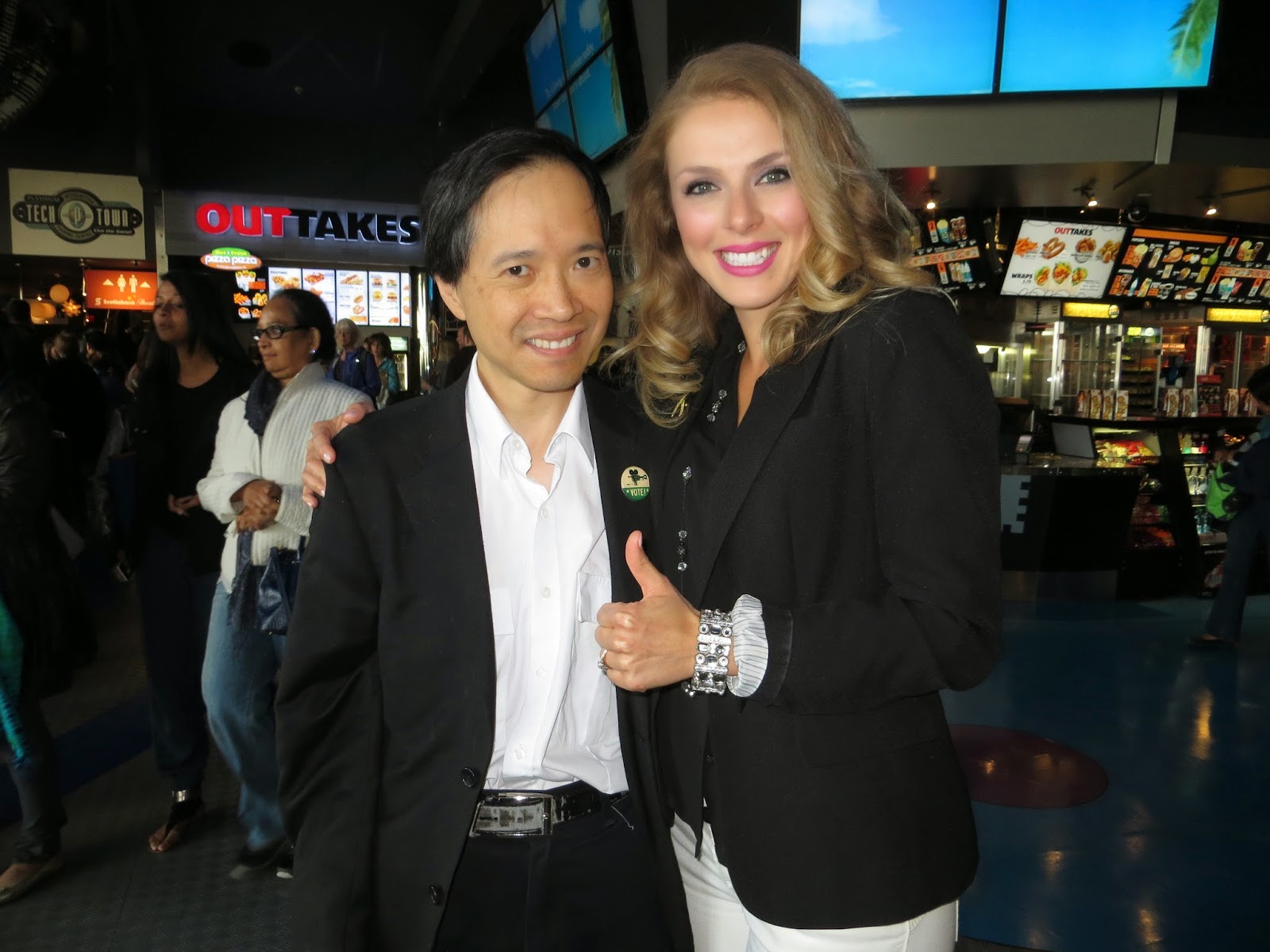 Of course, I asked Sheila Campbell if she would pose for a photo with me.
Posted by Derwin Mak at 12:00 PM