Why I Won't Introduce You to My Non-Existent Agent 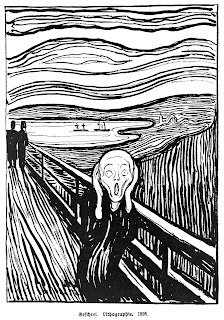 I received this email several years ago:

Hi, Derwin, you're an author, so you should have an agent. Mike is an author and needs an agent as well. Can you assist?

Although I knew the email's sender, I did not know Mike. I count this as yet another total stranger asking me to help him get his book published. The email's sender also cc'd Mike on the email to put me on the spot.

Note that the email's sender said I should have an agent, as if it were a legal requirement for all writers to have an agent.

Imagine the shock and horror when I told the email's sender that I don't have an agent.

Mike and his buddy aren't the only people who think I have an agent. Every year, I get several emails, messages, or in-person inquiries from strangers asking me to give their unpublished books, scripts, and even short stories to my agent (It's always strangers who ask. My actual friends don't bother asking me to give anything to my non-existent agent). Why do they always ask me? I'm hardly the most famous and successful writer in the world. Why don't they ask someone like Robert J. Sawyer, Stephen King, or J.K. Rowling?

(Yes, I know J.K. Rowling is transphobic, but I bet these wannabe writers are willing to overlook such problems if they think she help them become rich celebrities like her.)

When I tell people that I have no agent, some of the reactions have been priceless, such as:

But I thought you were a real writer!

Are you a fake? You didn't actually get anything published, did you?

That's not be true. How did you get your stuff published if you don't have an agent?

You're keeping him all to yourself, aren't you? Afraid of the competition?

These are actual reactions of strangers when they find out that I don't have an agent. And yes, I felt insulted by them. I don't care how disappointed they were that I couldn't introduce them to an agent who could magically turn them into famous celebrities overnight, like a fairy godmother did to Cinderella. Telling me that I'm not a "real" writer or accusing me of lying is insulting, and they knew that.

Here's the unbelievable truth: you don't need an agent to get published. I sold all my short stories, my two novels, and my non-fiction articles without an agent.

People have asked me how much of a percentage my agent takes for short story sales. You don't need an agent to submit a short story. You can submit your short story directly to the editor or the slush pile. Also, agents don't want to sell short stories; short stories make so little money that an agent's commission would be only a few dollars.

What about the novels? Believe it or not, there are publishers who will read manuscripts submitted without an agent. They aren't be the largest, most prestigious New York publishers, and some of them are small presses, but they are out there (If you're interested in finding them, you can find them on the internet).

Many of these strangers who ask for my help have not actually completed their book. The book was usually only partly completed or still just an idea. They're under the impression that there's no reason to finish writing the story unless they get an agent. This is absurd; it is untrue that publishers buy every book submitted by an agent. Publishers can and do reject books represented by agents.

Also, agents want to see that you are capable of completing your book. None of them want to represent someone who can't deliver a finished book.

You might be wondering whether I would like an agent. That's a fair question, and the answer is yes. I've tried to get an agent before but couldn't interest one. That's possibly because agents weren't interested in my novels or I tend to write short stories. Nonetheless, I did get two novels and many short stories and articles published without an agent. Maybe if I write another novel, I'll shop it around to agents, but for now, I'm still writing short stories.

Note that I didn't quit because I couldn't get an agent. I kept writing and sending my stories to slush piles. I asked editors what they wanted. I finished writing my stories and sent them away.

Many stories I wrote never got published, some got rejected many times before they sold, and the money did not make me a millionaire. It's not an easy business, and if you can't take the hard work and rejection, you should quit now and do something else.

Ah, I can hear some of you wondering whether all that hard work and rejection disappears when you get an agent. From what I've heard, no. As I've mentioned, there are no guarantees even with an agent. Agents are also not fairy godmothers who magically get every book published for their Cinderella.

Also remember that the agent-client relationship, like any business relationship, requires hard work and mutual respect. If you come into it with an entitled attitude, it might not work out. Some authors have fired their agents, and some agents have dropped their clients.

Your end game as a writer should have two parts: first, finish writing your story, and second, get it published.

I'm not saying don't get an agent. If you can get an agent, great. What I am saying is that you should still keep writing and trying to get published even if you don't have an agent.

Also, do not insult a writer when you find out that he or she doesn't have an agent. People talk in this business, and they have long memories.